Here’s a clever fan rendering suggesting how Gotham might be integrated into the Garden State.

The Atlas of the DC Universe, created in 1990 for a Role-playing Game, included a rare map of the American in DC Comics. Included on the East Coast of this map was Metropolis (in Delaware) and, of course, Gotham City – found on the coast of New Jersey. Here’s the map from the atlas: 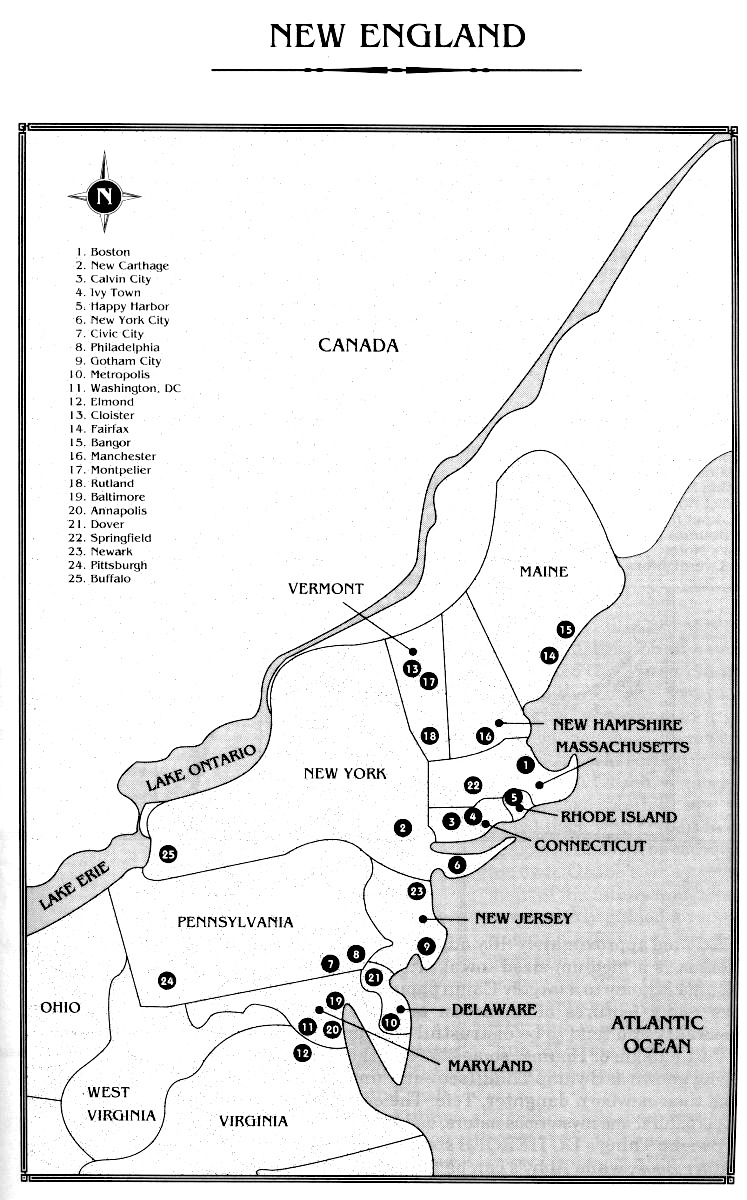 Though officially licensed by DC Comics, this source may no longer be endorsed by the company but there is some more direct evidence in the pages of the comics themselves. Detective Comics #503 (1983) includes several references suggesting Gotham City is in or near New Jersey. A location on the Jersey Shore is described as “twenty miles north of Gotham.” Robin and Batgirl drive from a “secret New Jersey airfield” to Gotham City and then drive on the “Hudson County Highway.” Hudson County is the name of an actual New Jersey county. Slightly more recently, a Gotham City driver’s licence shown in Batman: Shadow of the Bat annual #1 (1994), contains the line “Gotham City, NJ”, placing Gotham City in New Jersey. However, there surely exists a surfeit of evidence that could contradict or confuse the issue. But isn’t that the fun of comics? Personally, I’ve always loved this quote attributed to Frank Miller: “Metropolis is New York in the daytime; Gotham City is New York at night.”

For a full map of DC America, check out The Secret Geogrpahy of the DC Universe: A REally Big Map over at iFanboy.