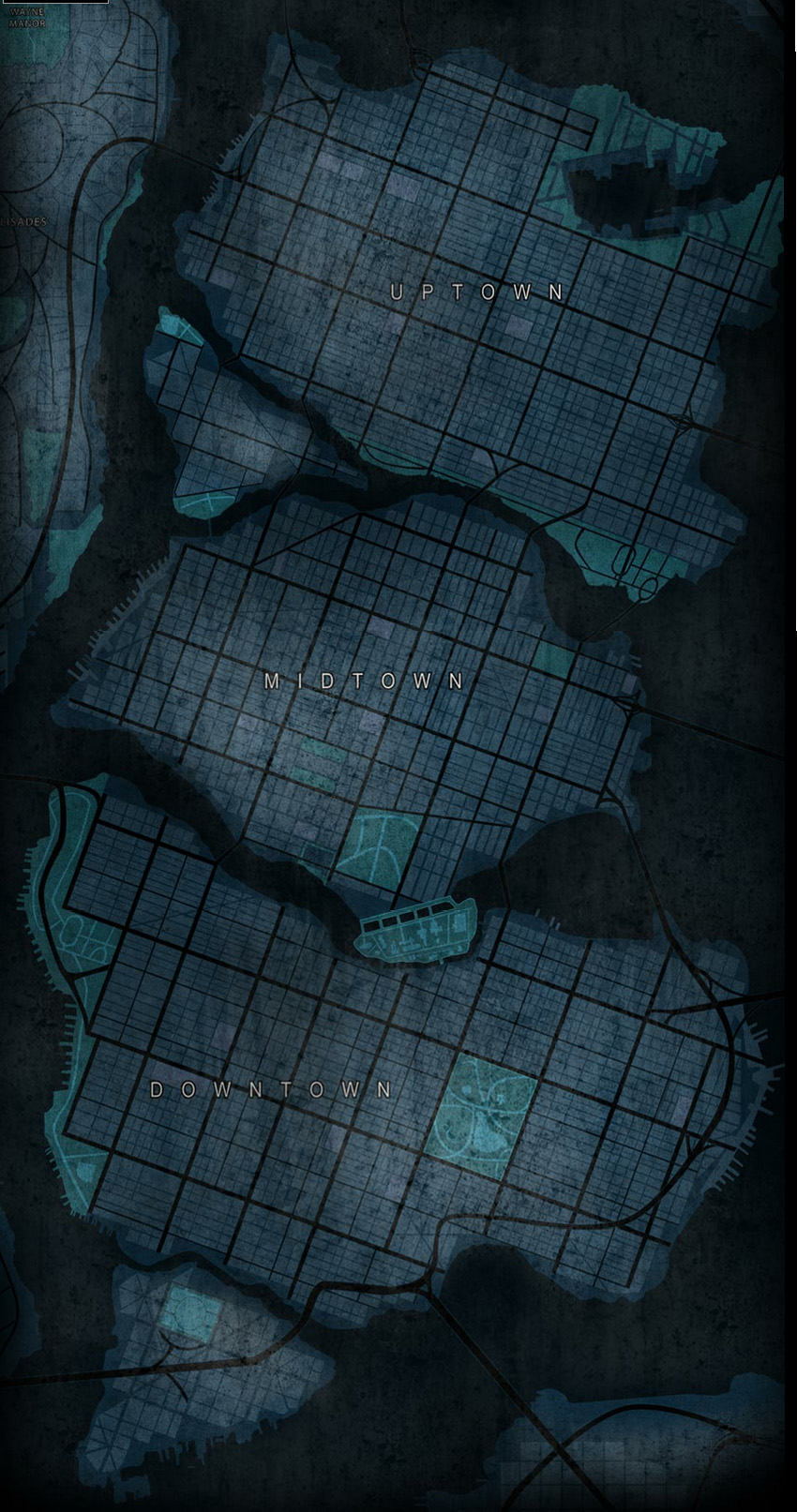 This Gotham City Map was taken from a The Dark Knight Rises viral marketing campaign game, The Fire Rises, that asks players to join Bane’s gang in their request to take over Gotham. The Map confirms that the Gotham City of Christopher Nolan’s Batman films follows a very similar cartographic design to the Gotham City map established in the comic books by Eliot R. Brown during the No Man’s Land arc.