Gotham City limits were defined in 1998. While the city as we think of it today can be said to have its origins in the early 19th century, it wasn’t until the dawn of the 21st that it was charted. The first official map of Gotham was created in preparation for the “No Man’s Land” story arc, in which the city was nearly destroyed by a massive earthquake. The narrative required a lot of logistics and an understanding of the city, so DC Comics gave illustrator Eliot R. Brown was given the task to design modern Gotham.

The DC Comics editors made it clear that Gotham City was an idealized version of Manhattan. Like most comic book constructs, it had to do a lot of things. It needed sophistication and a seamy side. A business district and fine residences. Entertainment, meat packing, garment district, docks and their dockside business. In short all of Manhattan and Brooklyn stuffed into a … well, a nice page layout.

Here is the glorious final result, as seen in the novelization of Batman: No Man’s Land

The story is a compelling read and gives a lot of insight into the thought process behind creating Gotham, as well as the world of DC comics in the 1990s.

Via out The Story Behind DC Comics’ Famous Gotham City Map. 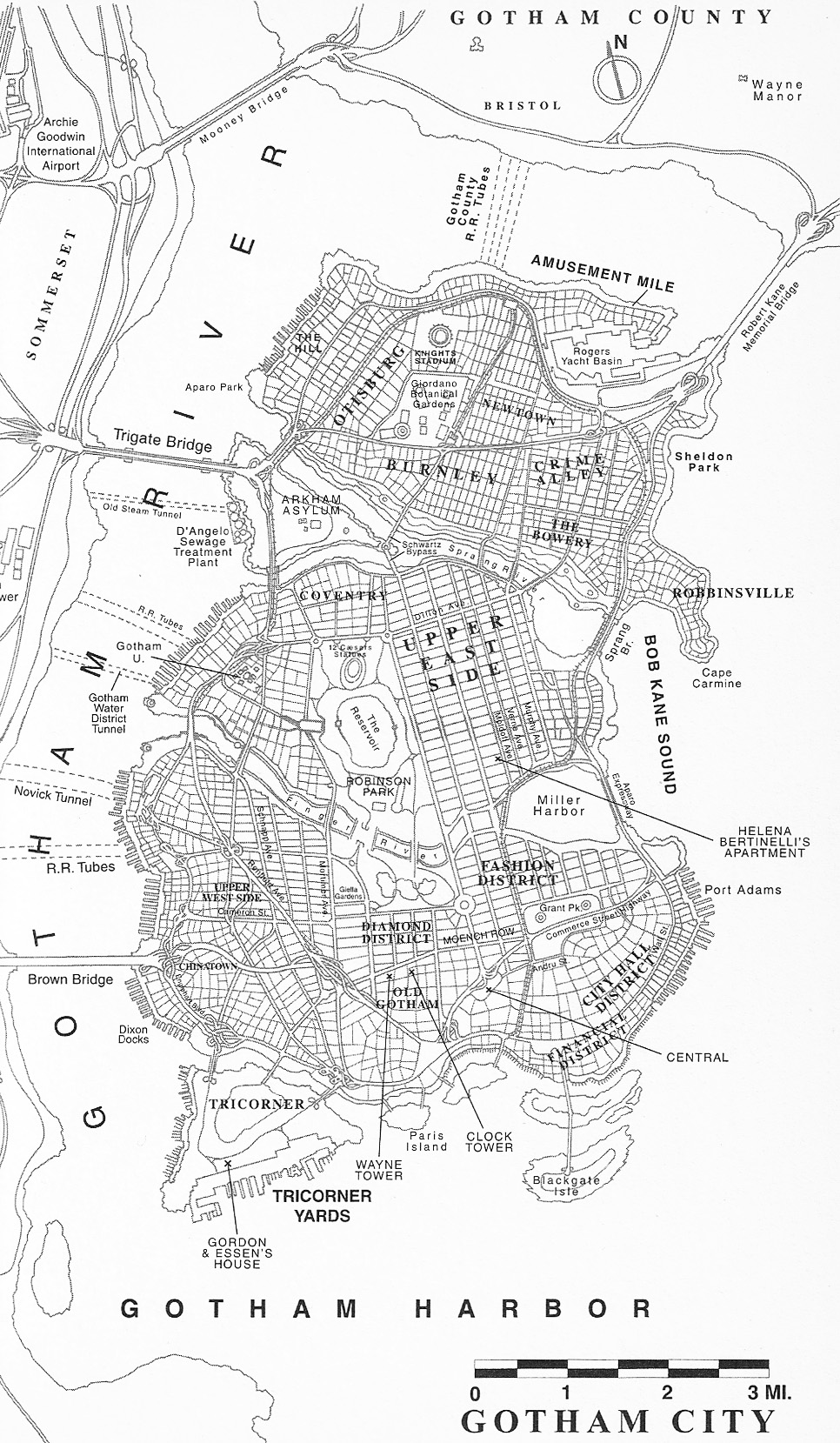