Graphic designer and writer Chip Kidd may be famed for his book jacket designs but he’s also an enormous Batman fan. Kid previously wrote the book Bat-Manga! The Secret History of Batman in Japan

, but his next foray into Batman lore is an entirely new graphic novel entitled Batman: Death by Design. The story, according to the publisher:

Gotham City is undergoing one of the most expansive construction booms in its history. The most prestigious architects from across the globe have buildings in various phases of completion all over town. As chairman of the Gotham Landmarks Commission, Bruce Wayne has been a key part of this boom, which signals a golden age of architectural ingenuity for the city. And then, the explosions begin. All manner of design-related malfunctions–faulty crane calculations, sturdy materials suddently collapsing, software glitches, walkways giving way and much more–cause casualties across the city. This bizarre string of seemingly random, unconnected catastrophes threaten to bring the whole construction industry down. Fingers are pointed as Batman must somehow solve the problem and find whoever is behind it all.

The thematic inspiration for Death by Design came from the demoltion of New York City’s original Penn Station, which Kidd calls “one of the great architectural crimes of the twentieth century,” and the aesthetic of the comic is inspired by the question: “What if Fritz Lang had a huge budget to make a Batman feature film in the 1930?” The world of Fritz Lang’s film bears a close resemblance to the drawings of architectural renderer Hugh Ferriss, who influenced the early set design of Gotham City in the Tim Burton Batman Films. Kidd’s story focuses heavily on the architecture of Gotham City. In Death by Design, Kidd, with artist Dave Taylor, creates a new building for the Gotham City skyline: Wayne Central Station, an old, decrepit building built by Bruce Wayne’s father that has fallen in disrepair. There is a movement to tear it down that is opposed by one of the story’s main characters, an architectural preservationist. And although it was constructed by his father, Bruce Wayne is in favor of demolishing the building so he can surreptiously construct a Batcave annex underneath the new tower. The story also includes classic Batman villain The Joker, along with a new villain, X-acto, described as a “Batman villain as architecture critic.” Of X-acto, Chip Kidd says “He warns citizens, ‘This building is architecturally unsound and will soon collapse,’ the buildings falls over, and then he just vanishes. Is he making this happen or just warning us about faulty construction? We soon see that he’s a vigilante with his own agenda, exposing the rotten stuff of the Gotham City building trade.” To be clear, the project exists outside of classic Batman continuity, although it does bear a superficial resemblance to the “Destroyer” storyline in which an architectural historian destroys new buildings to reveal historic Gotham structures created by the famed architect of Gotham, Cyrus Pinkney.

Batman: Death by Design will is scheduled for release on June 5. 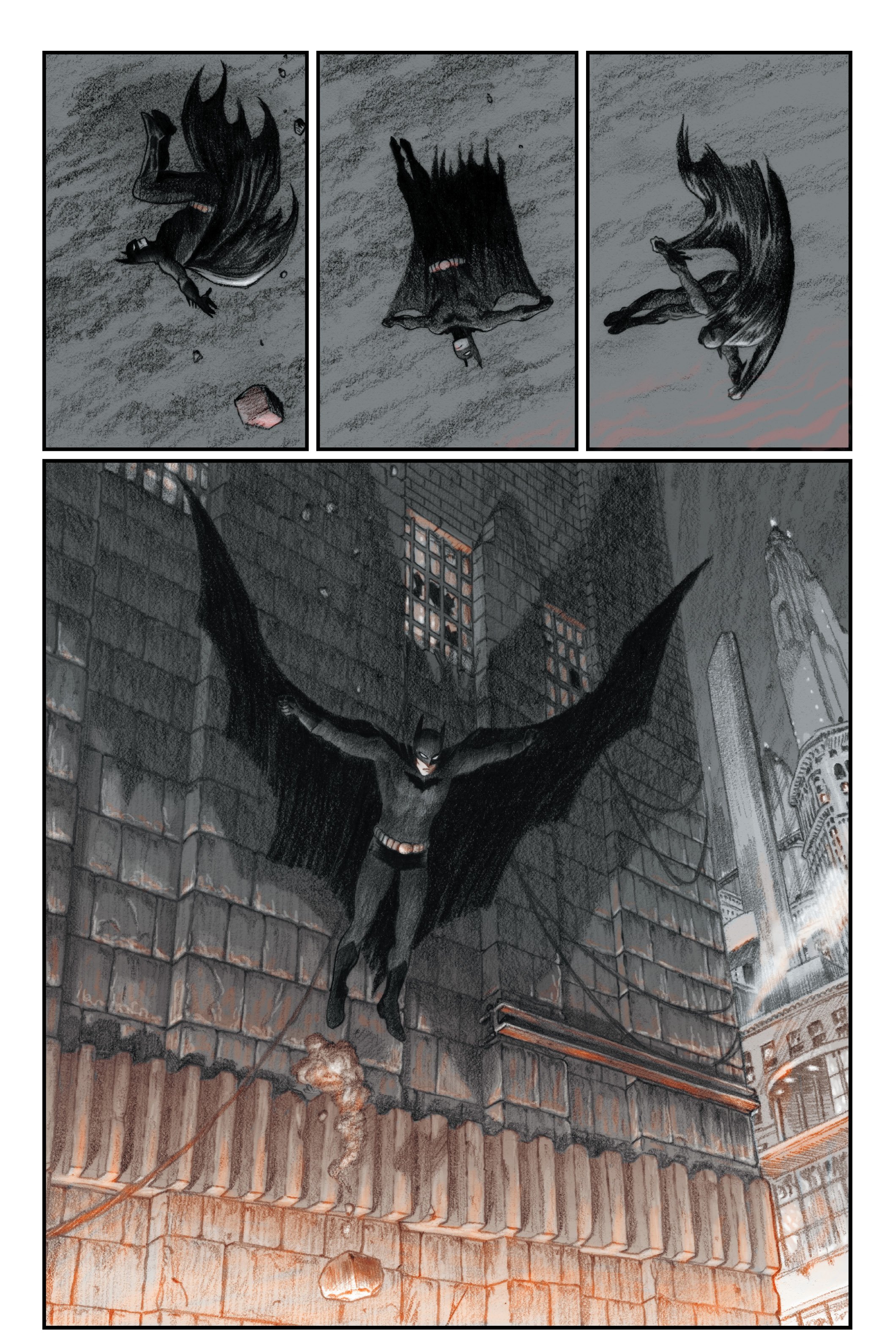